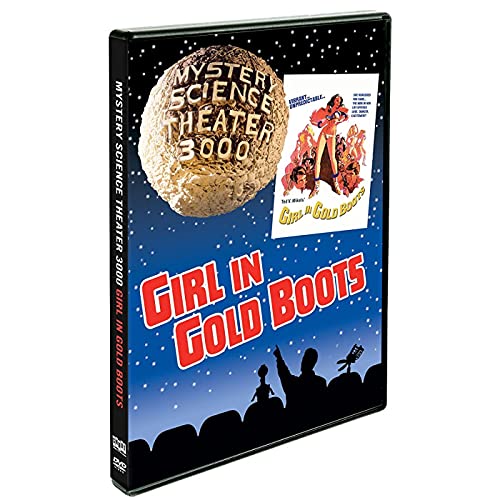 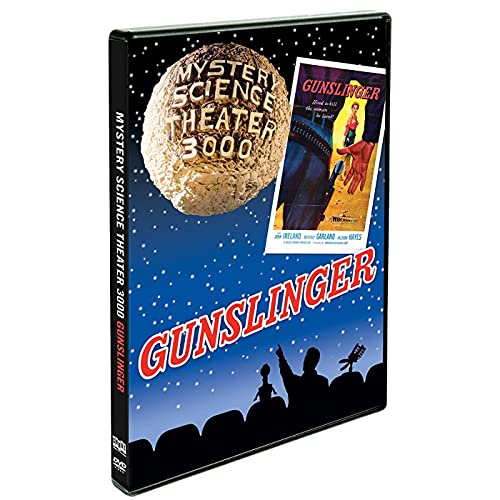 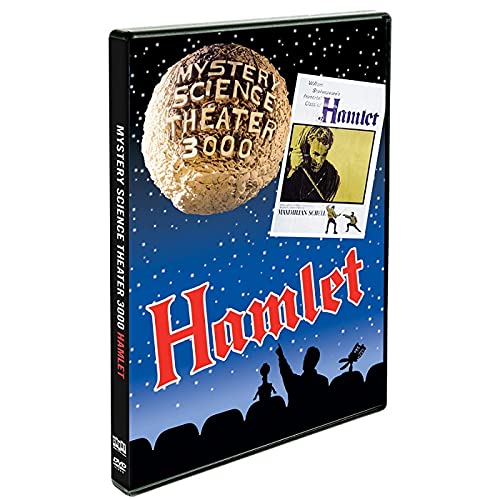 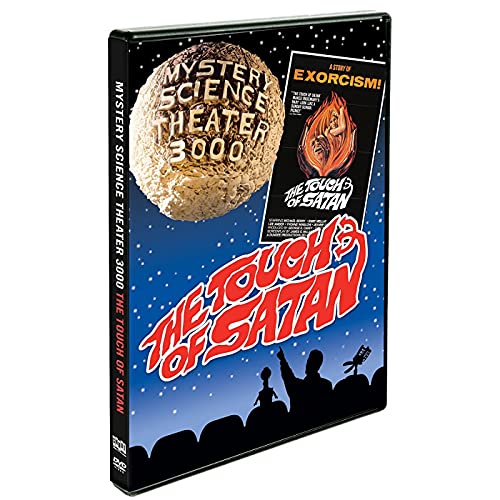 “Girl in Gold Boots
In this timeless tale of exploitation, competition, drugs and raw talent-flavored substitute, a young woman’s quest to make it as a professional go-go dancer reveals a devastatingly mediocre portrait of Hollywood’s low-budget underbelly. Thankfully, those schlock ’n’ roll stars aboard the Satellite of Love are here to avenge our boredom and riff our pain away. Comedy snipers Mike Nelson and his robot sidekicks Tom Servo and Crow T. Robot put Girl In Gold Boots in their crosshairs and take it down. May a statue be dedicated one day to their heroism!

Mystery Science Theater 3000: Gunslinger
When the marshal of Oracle, Texas is killed by a hired gunman, his quick-shooting widow, Rose (Beverly Garland), straps on his gun and star, puts on some pants and aims to find out who did the hiring . . . Tom Servo and Crow T. Robot — take on the Roger Corman gang. It’s going to be a bloodbath of laughter as the riffs start flying and justice is finally done to this 1956 low-budget Western.

Mystery Science Theater 3000: Hamlet
It’s the old “boy meets ghost of dead father, boy loses hot mother to dead father’s rival, boy drives girlfriend to suicide and then everyone dies” story. But, as presented in a 1961 German TV movie starring Maximilian Schell, this one takes tragedy to a whole new level. Join Mike, Tom Servo and Crow T. Robot for a little Satellite-Upon-Avon and watch the slings and arrows fly. To riff or not to riff? Is it even a question?

Mystery Science Theater 3000: Touch of Satan
The Touch Of Satan gets a touch of the divine when Mike and the ’bots react in real time to this twisted tale of love, walnuts, wassail and witchcraft. A young man on his way westward makes a stop at an isolated farmhouse, where he meets and falls for — you guessed it — the farmer’s daughter. What she is soon revealed to be, however, is no joke. Of course, that doesn’t stop our hapless heroes
MPAA rating ‏ : ‎ NR (Not Rated)
Package Dimensions ‏ : ‎ 7.6 x 5.39 x 2.32 inches; 9.91 Ounces
Director ‏ : ‎ Ted V. Mikels
Run time ‏ : ‎ 360 minutes
Actors ‏ : ‎ Mike Nelson, Kevin Murphy, Bill Corbett, Mark Herron, Leslie McRae
Producers ‏ : ‎ Ted V. Mikels
ASIN ‏ : ‎ B098WJ6SMD
Number of discs ‏ : ‎ 4

Sinta: A Sci-Fi Holiday Tail: Stranded With an Alien

Valerian and the City of A Thousand Planets