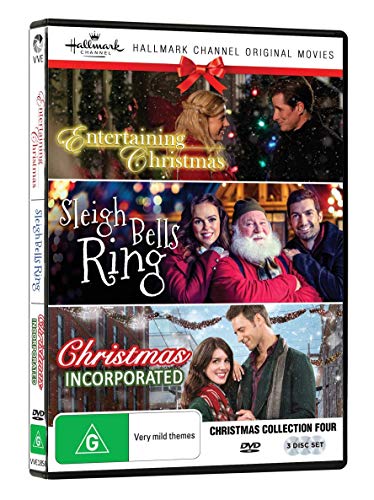 Entertaining Christmas
Liz Livingston,face and proprietor of a well-liked way of life journal, has constructed her legacy on perfection. A troublesome act to comply with, as her daughter Candace learns when she is roped into organizing a significant Christmas banquet in Vermont.

Sleigh Bells Ring
Laurel is instructed to arrange a Christmas Parade in Mission Metropolis. With simply two weeks till Christmas, Laurel already has her fingers full – nonetheless, she assaults the undertaking along with her ordinary enthusiasm. When she spots an outdated broken-down sleigh close to a small cabin, she asks the proprietor, a quite stout older gentleman with a white beard named Mr. Winters, if she will be able to borrow it for the parade. He agrees however extracts from her a promise to revive the sleigh to its former magnificence, with love.

Added to wishlistRemoved from wishlist 0
$8.25