The Last Kids on Earth – Book One 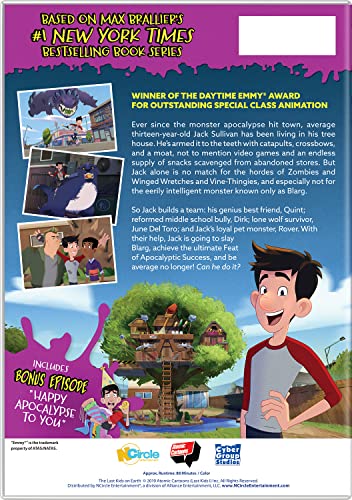 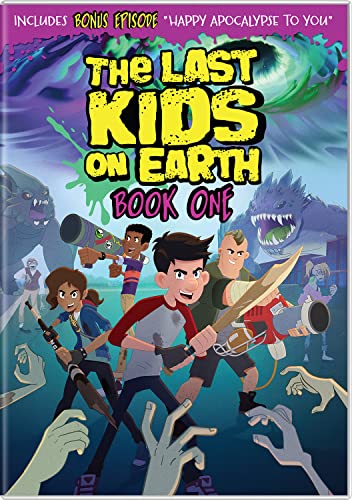 Ever since the monster apocalypse hit town, average thirteen-year-old Jack Sullivanhas been living in his tree house. He’s armed it to the teeth with catapults, crossbows, and a moat, not to mention video games and an endless supply of snacks scavenged from abandoned stores. But Jack alone is no match for the hordes of Zombiesand Winged Wretches and Vine-Thingies, and especially not for the eerily intelligent monster known only as Blarg. So, Jack builds a team: his genius best friend, Quint; the reformed middle school bully, Dirk; lone wolf survivor, June Del Toro; and Jack’s loyal pet monster, Rover. With their help, Jack is going to slay Blarg, achieve the ultimate Feat of Apocalyptic Success, and be average no longer! Can he do it?
Directed by: Will Lau
Starring: English Voices : Nick Wolfhard (Jack), Charles Demers (Dirk), Garland Whitt (Quint), Montse Hernandez (June)

The Last Kids on Earth – Book One