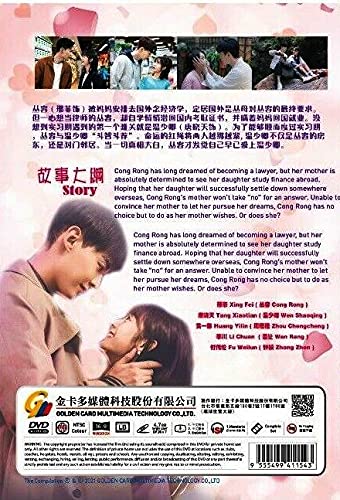 Cong Rong has long dreamed of becoming a lawyer, but her mother is absolutely determined to see her daughter study finance abroad. Hoping that her daughter will successfully settle down somewhere overseas, Cong Rong’s mother won’t take “no” for an answer. Unable to convince her mother to let her pursue her dreams, Cong Rong has no choice but to do as her mother wishes. Or does she? After successfully convincing her mother that she has set off for distant lands, Cong Rong secretly returns home to begin work as a legal intern. Taking on her first case, Cong Rong comes face-to-face with her childhood friend, Wen Shao Qing. Now a surgeon, Shao Qing isn’t just Cong Rong’s client, he’s also her landlord and next-door neighbor. Tied together by the ever-tightening strings of fate, Cong Rong and Shao Qing find themselves drawing closer, despite their best efforts. Engaged in a never-ending battle of wits, the childhood friends may fight against the ties that bind them, but how long will they be able to resist the inevitable?
MPAA rating ‏ : ‎ NR (Not Rated)
Package Dimensions ‏ : ‎ 7.99 x 5.71 x 1.06 inches; 10.23 Ounces
Media Format ‏ : ‎ NTSC
Actors ‏ : ‎ Fair Xing, Daddi Tang, U. Lin Huang, Leon Li, Fu Wei Lun
Subtitles: ‏ : ‎ English, Chinese
Studio ‏ : ‎ Golden Card Media Entertainment
ASIN ‏ : ‎ B095XPWHMZ
Number of discs ‏ : ‎ 7