Death of a Nation 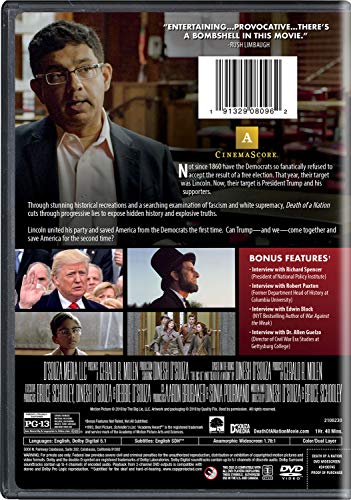 Not since 1860 have the Democrats so fanatically refused to simply accept the results of a free election. That yr, their goal was Lincoln. They smeared him. They went to warfare to defeat him. Ultimately, they assassinated him. Now the goal of the Democrats is President Trump and his supporters. The Left calls them racists, white supremacists and fascists. These fees are used to justify driving Trump from workplace and discrediting the best “by any means needed.” By means of beautiful historic recreations and a looking out examination of fascism and white supremacy, Demise of a Nation cuts via progressive huge lies to show hidden historical past and explosive truths. Lincoln united his occasion and saved America from the Democrats for the primary time. Can Trump—and we—come collectively and save America for the second time? Demise of a Nation: Can We Save America A Second Time, is the newest movie from #1 New York Instances bestselling creator Dinesh D’Souza, and Academy Award Profitable producer, Gerald R. Molen.

Be the first to review “Death of a Nation” Cancel reply

The U.S. and the Holocaust Ken Burns

The War: A Ken Burns Film

Death of a Nation