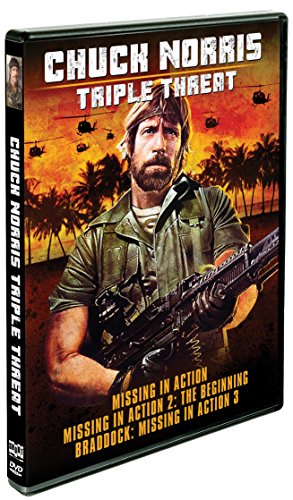 American servicemen are still being held captive in Vietnam: and it’s up to one man to bring them home in this blistering, fast-paced action/adventure starring martial arts superstar Chuck Norris. Colonel James Braddock (Norris), armed with top-secret information and state-of-the-art weaponry, is prepared to blast his way into Vietnam … but can he blast his way out?

Chuck Norris returns as Colonel James Braddock in this intense, action-packed prequel to the original film. Captured during a daring mid-air rescue operation, Braddock and his men are imprisoned by the insane Colonel Yin, who stops at nothing to break their spirits. For Braddock, the choice is clear. With fists, explosives and sheer courage, he becomes an army of one!